Disclaimer: I may have been financially compensated or be gifted products from the companies mentioned in this post. All opinions and thoughts are genuinely my own. If you wish to find out more, please see my DISCLAIMER page for more information.

It’s so good to be able to travel again! I recently experienced my first trip to Menorca, to meet my fiancés parents who live on the island. After visiting and experiencing the beauty of the island myself, I can now see why so many people return each year/multiple times a year. Many (like my fiancés parents) fall in love with the island and decide to relocate there. You may see Menorca spelled as “Minorca” online or in travel brochures, this is an old English spelling which is becoming less commonly used. If you’re looking to have a good week of sunshine, good food, relaxing drinks and fun – you can have that when visiting Menorca. From foodie experiences in the cities, to exploring the island’s history, there is something for everyone if you’re looking for a relaxing location to holiday. From my first visit and all of the things my fiancé taught me about Menorca before/during our visit, I’ve put together a list of 10 things to know before travelling to Menorca.

The airport in Menorca, also known as Mahon Airport (MAH), is the only airport on the entire island. The airport is located on the southeast of the island, just under 3 miles from Mahón – the capital city of Menorca. Finding flights and planning your arrival on the island is very straight forward due to this reason.

Two languages are spoken in Menorca

Locals speak Menorcan (Menorquí) which is a dialect of Catalan, but some will also speak Castilian, which is usually known or referred to as “standard” Spanish. It’s always a good idea to learn some basic Spanish (it’s worth noting you won’t be expected to speak Catalan).

You will notice when exploring Menorca that many signs will display only the Catalan language. Although, some signs do include both languages and it’s also why several places have two names e.g. Mao / Mahón, Binibequer / Binibeca.

As a visitor to the island, it’s worth appreciating this distinction and the strong cultural and political importance of this language remaining strongly spoken here. With regards to your travel experience, the bilingual nature of the island won’t have too much of an impact because English is widely spoken in/across the tourist-facing services and hospitality industries. Everyone is also friendly! 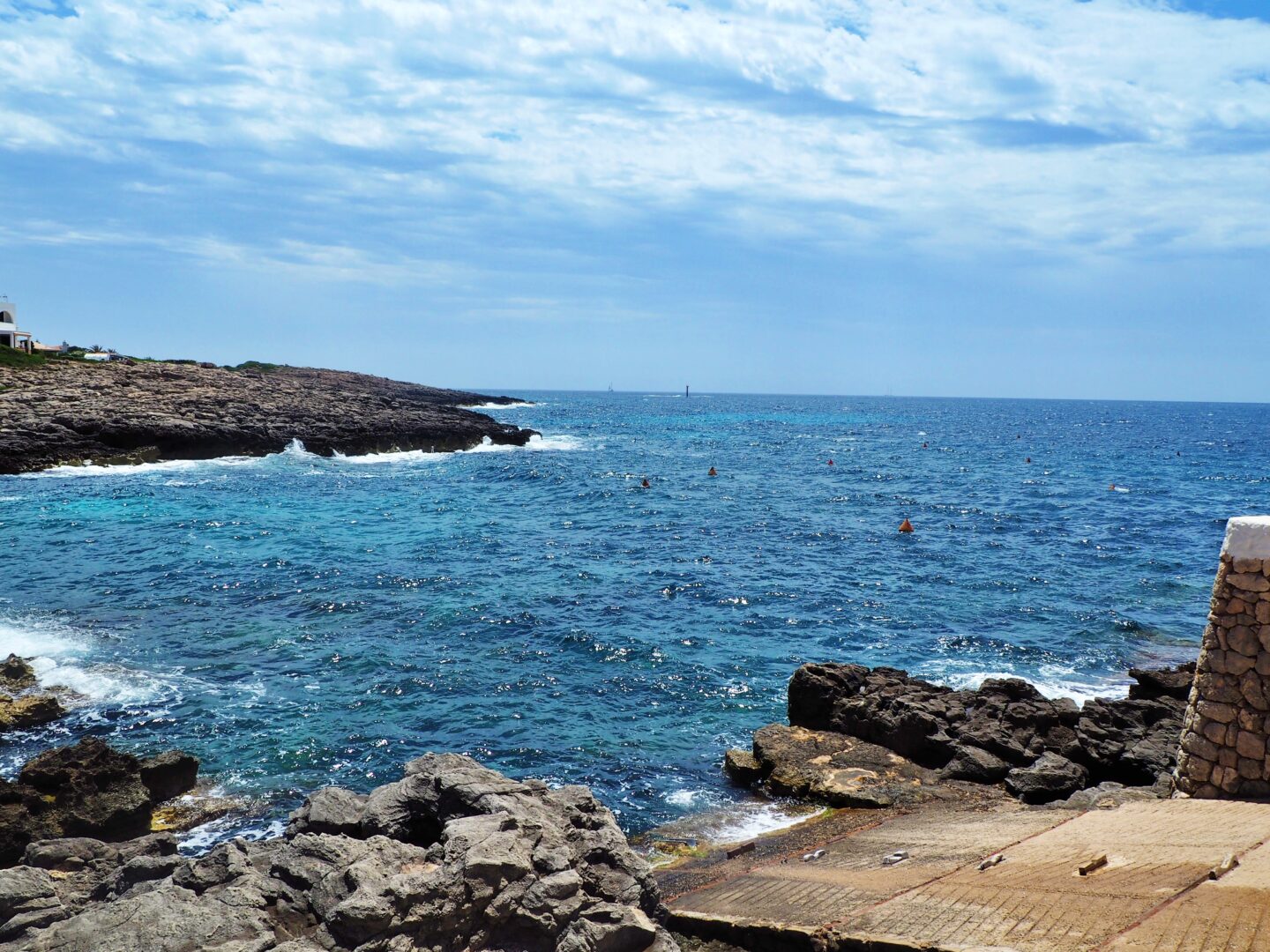 The best times to visit (and the worst)

This will have the biggest impact on your experience during your stay, making it an important factor when considering when to travel. Unofficially, the tourism season begins on 1st May and runs through to the end of September or mid-October. My opinion is that arguably the best time to go is June and September, as the weather is good and there are “less people” than in July and August. May and October are also good options as there are fewer people and the prices are cheaper, although you will be taking a risk on slightly worse weather. Peak months are in July and August and you will find the beaches are crowded.

The Me-1 main road

This is a short but important point to consider when visiting Menorca. The Me-1 road is central to any journey and it splits the island in two. Any journey ultimately will go via this road and then branch off. Having your own transport is a good idea

This completely depends on what you want to get out of your holiday and many visitors may have no need to rent a car. During our recent visit, we wanted to have the freedom to explore the island ourselves at our own pace so we rented a car for the week. We’ve also decided we will be renting a vehicle again for our next visit.

The best beaches will require some walking to

You should be very excited for the beaches and coves as they are very beautiful. You won’t have time to visit all of the beaches if you’re just staying for a week or two. The best beaches are only accessible by foot, as these are more secluded.

It’s a place for good food

The island is well known for it’s food, particularly it’s cheese, seafood and gin! There’s also some awesome patatas bravas available in restaurants around Menorca. My fiancés parents also have a wonderful little café called Sa Botiga de son Vilar, which is open Monday – Saturday. His mum bakes all of the delicious food items herself, minus the croissants. It’s located between Mahón and Es Castell. We also had such amazing sushi at Sushi Es Castell (pictured below). 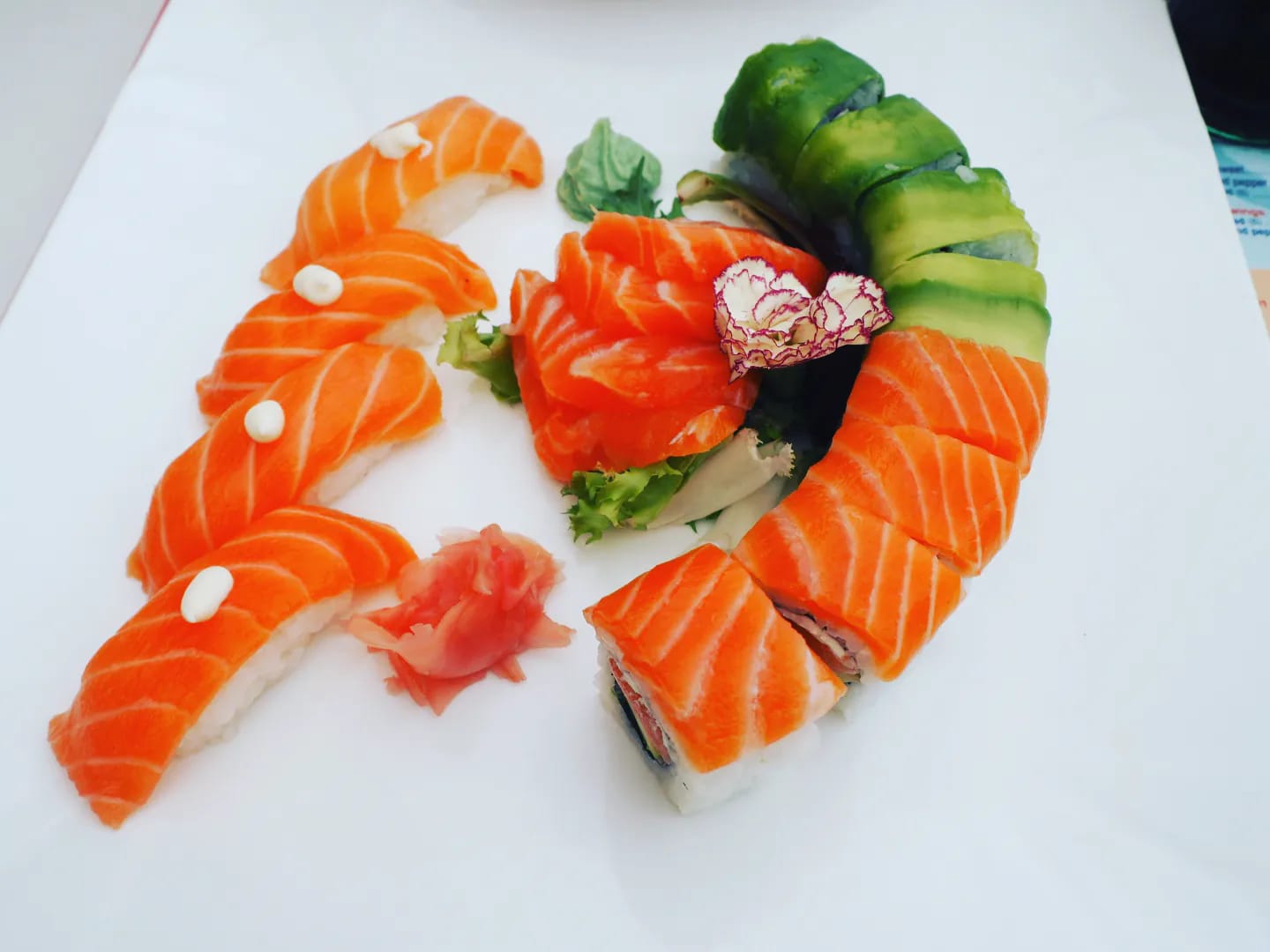 Switch to Spanish time for siestas

For visits of a week or longer, it might be a good idea to adjust your body clock (the heat can be tiring anyway) so you can have an afternoon siesta each day. Many businesses, restaurants, cafés, etc do close for the afternoon. Some restaurants will then open again at 7pm until late, so it’s a good idea to eat dinner later in Menorca.

There are different ways to experience Menorca

You can experience the island in many ways such as package holidays, food focused holidays, hiking holidays, sunbathing holidays, city breaks, family holidays, luxury resorts and more. Each style is individual to you – you can experience your holiday in the way which suites you the most. For me personally, I like to enjoy the food, relax, explore and soak up the culture.

It’s not a “party island”

I think this is one of the most important points I can share in this blog post. Menorca is not the Balearic island you head to if you want to party. Sorry “lads”, you won’t find a typical lads holiday here. Menorca doesn’t have loads of nightclubs like Ibiza and Mallorca. High rises and large scale resorts are a rarity because of the long-standing grudge held by General Franco against the small island. As punishment for their Republican stance in the Spanish Civil War, the dictator deprived Menorca of public building funds and infrastructure investment for the entirety of his rule.

Mallorca and Ibiza (which both supported Franco) were showered with money for intense and misguided development during the tourism boom of the 1960s and 1970s.

Menorca dodging commercial tourist development is a big part of the charm of the island, which sets it apart from other places in Spain.

Upon visiting Menorca, it won’t take you long to realise which place had the last laugh to be honest! You’ll understand why holidaymakers return to the island each year. 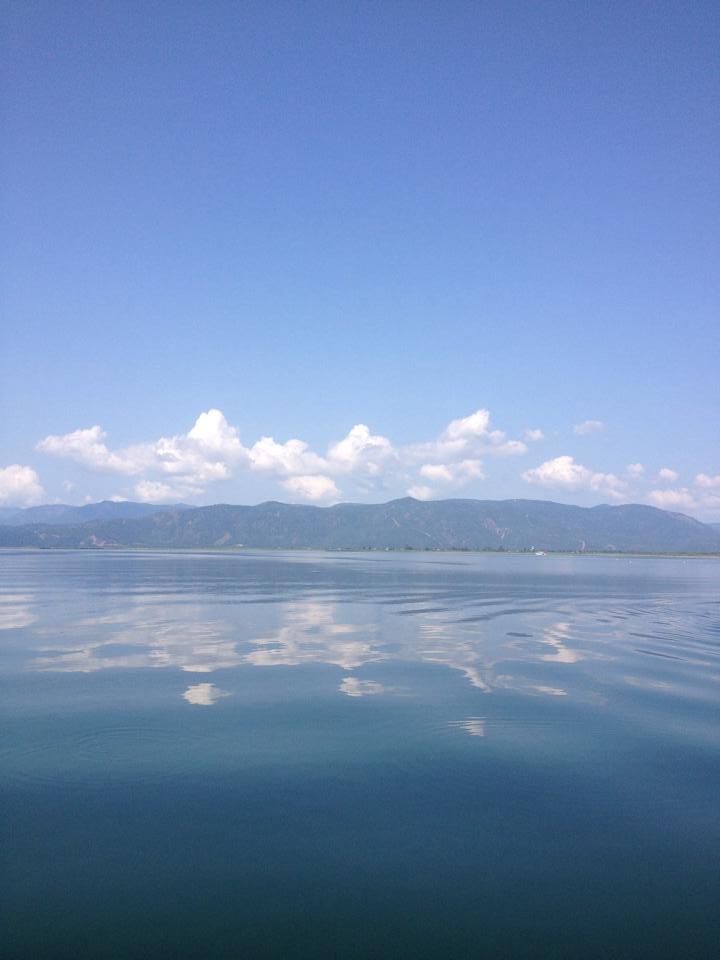 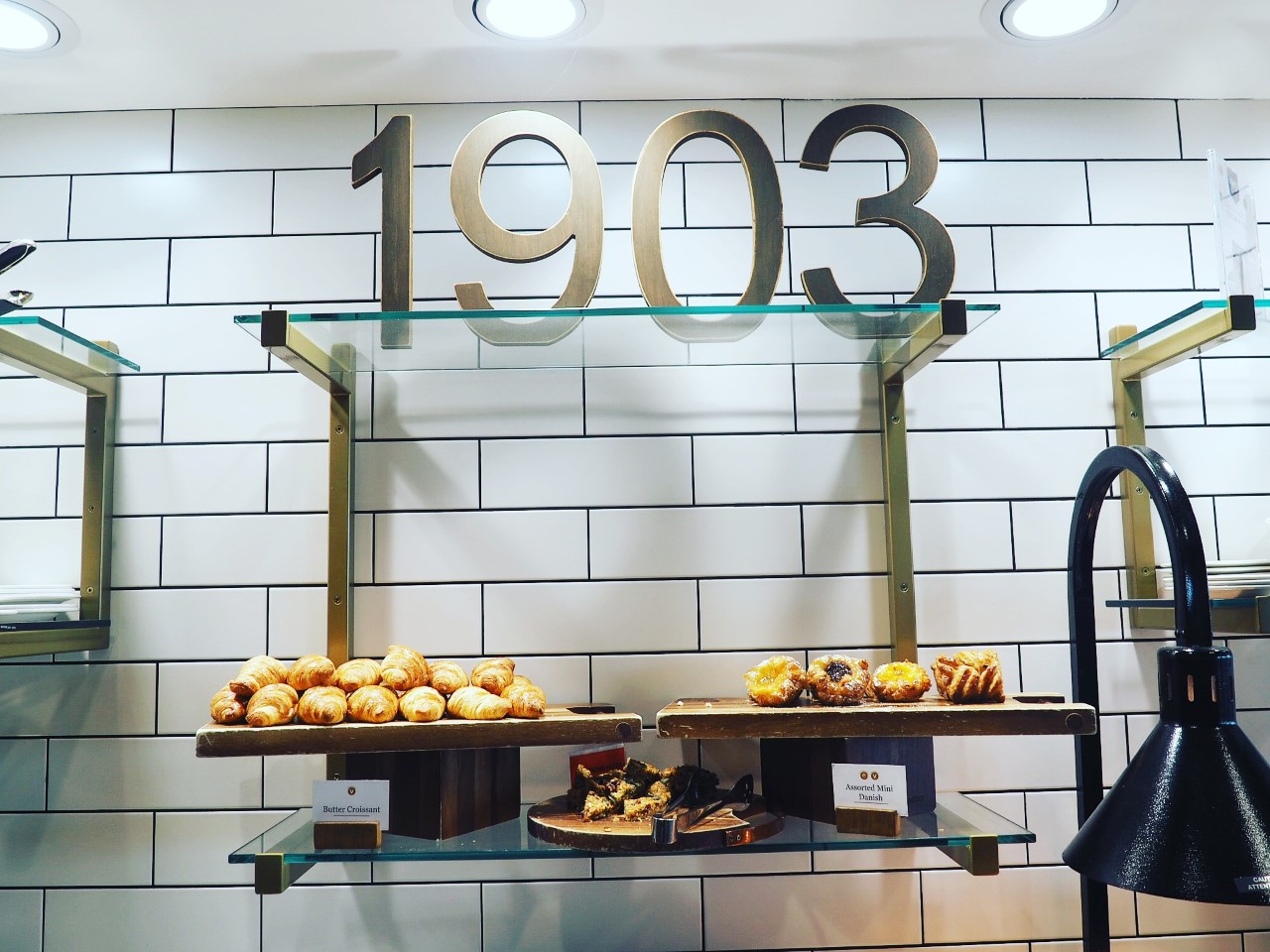 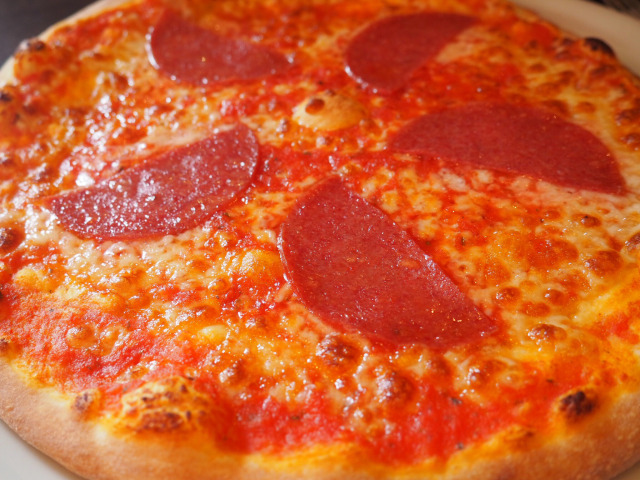 Bloggers In Amsterdam – Food
« Review: The Star Inn The City – York
Review: All Bar One – Harrogate »

This site uses Akismet to reduce spam. Learn how your comment data is processed.

Disclaimer: I may have been financially compensated or be gifted products from the companies mentioned throughout my blog, unless otherwise stated. Posts on Louise-Rose.com may contain items which have been gifted from a company, are a PR sample or paid for with a gift voucher. Louise-Rose.com also contains affiliate links (to help with running costs of my blog) and sponsored posts, in which I have received paid compensation. All opinions and thoughts are genuinely my own. If you wish to find out more, please see my DISCLAIMER page for more information. 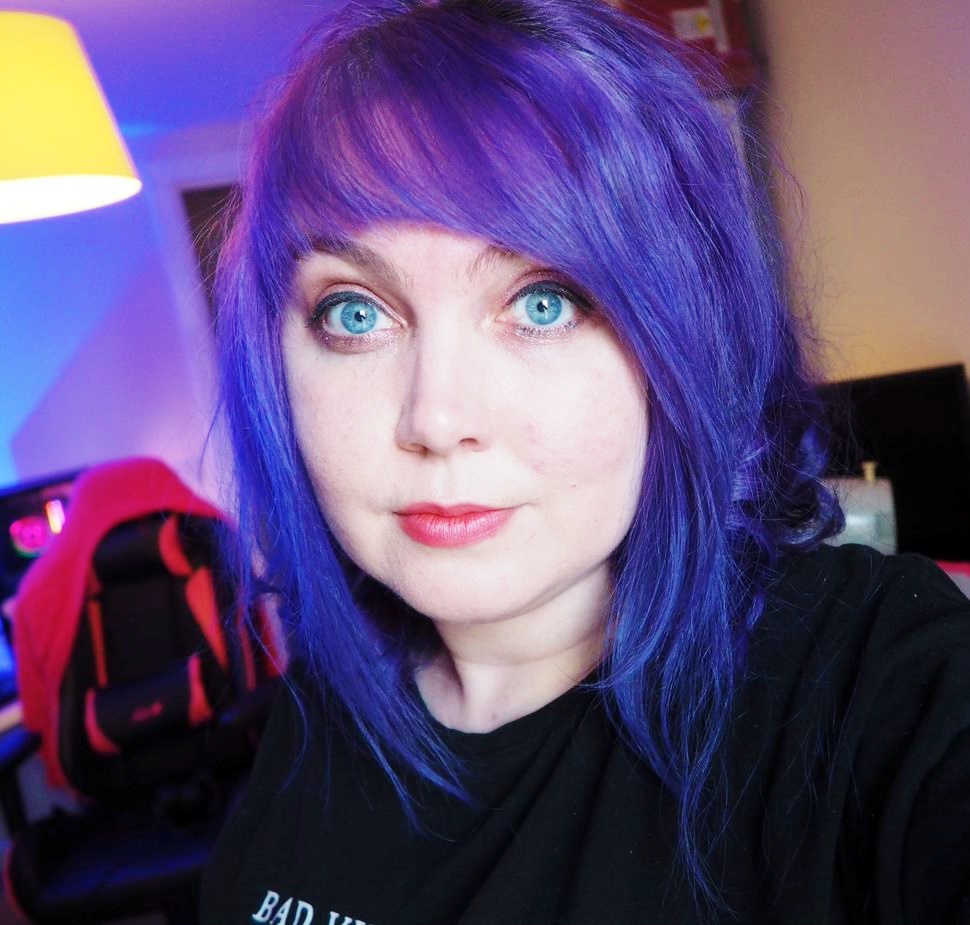 I'm Louise, a 31 year old blogger living in York. I'm a freelance blogger. This is my corner of the internet, in which I cover topics such as mental health, travel, fashion, lifestyle and so much more! Email: contact@louise-rose.com

Do you want to advertise your brand/business here? Email contact@louise-rose.com for more information! 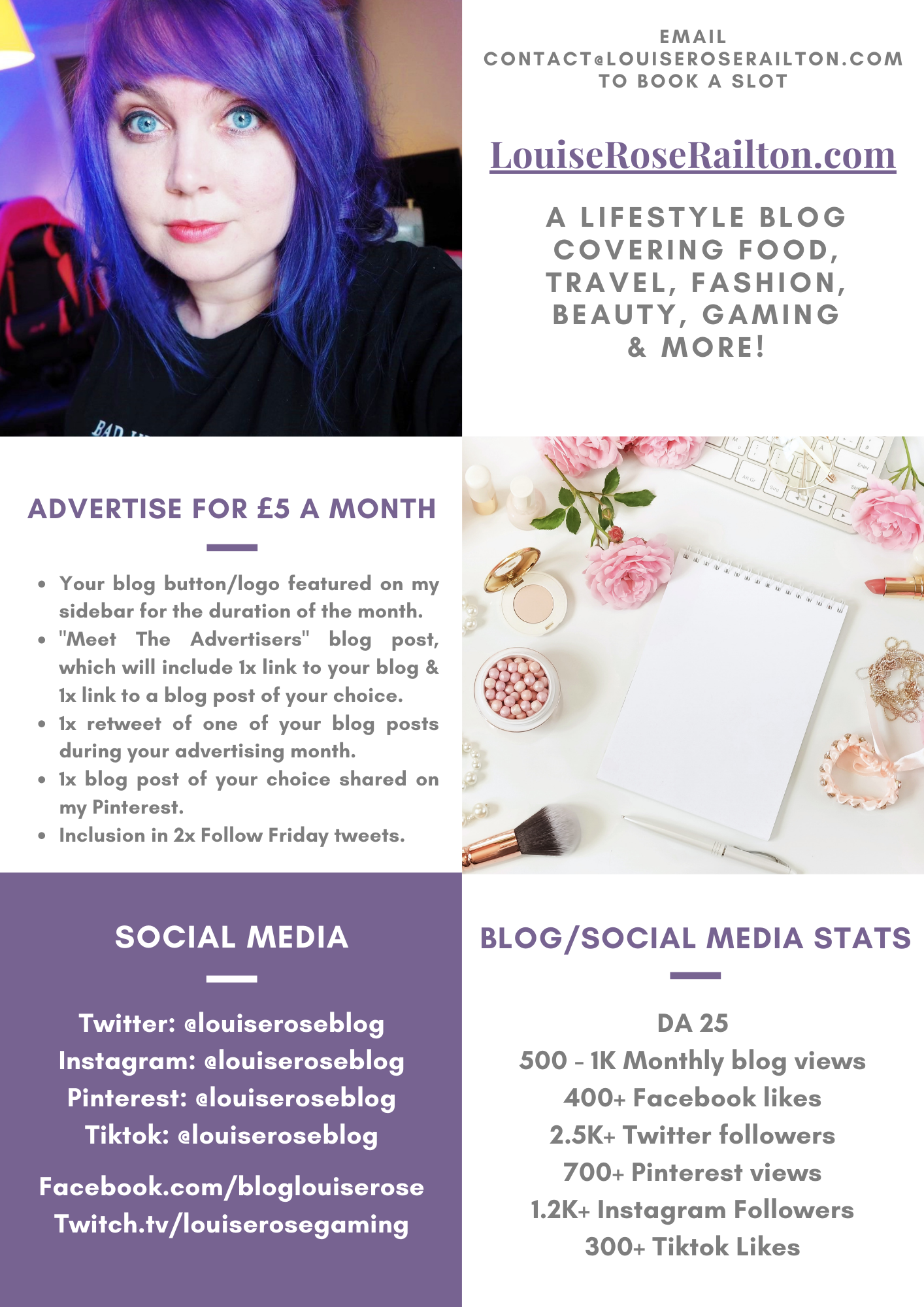 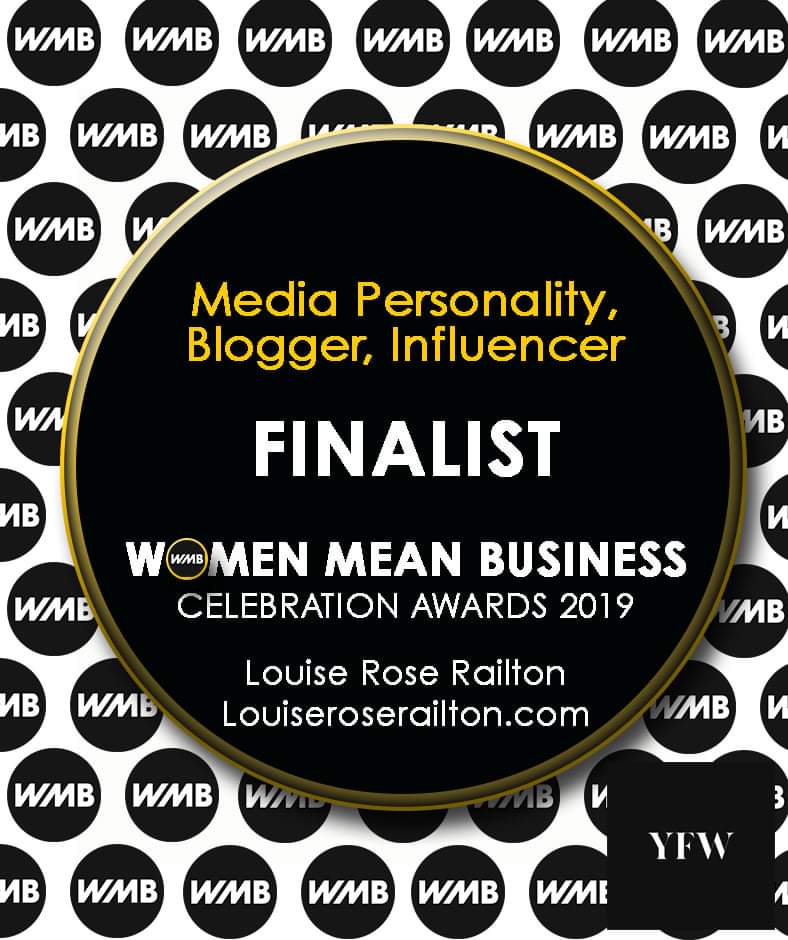 Political activism, but make it fashion. I can't g

I've been a bit quiet on here again, as sadly my g

Wednesday mornings are when I have a bit of spare

AD | My review of @thestarinnthecityyork in collab